Best dams to sit, have some coffee and wait for a potential lion sighting:

Best roads to chill with some breakfast or a few drinks and wait for a potential leopard:

These dams may get you lucky, cheetah wise of course:

We would list all the camps as they all have their own ‘feeling’ and charm and they all have very similar accommodation, but to prevent your eyes from falling out, here they are ending with our favourite:

However, our favourite camp  is:

Biyamiti Bush Camp – I cannot tell you how much I love this camp!! Situated on the Biyamiti River, the 15 secluded chalets are very private making the park seem peaceful even in high season! Game in the area is prolific, every road has something on it and the road that the camp is situated on, the S139 is the best Kruger Park sightings road for spotting the elusive black rhino. Ah, I love it!

Sometimes just driving at 20km/h and admiring the beauty of Kruger is the way to go! Our top drives:

Of course, no guide would be complete without some expert advice. As a specialist safari guide myself, I am privileged to travel around Kruger often. Here are my top tips, just for you. If you are looking for a Kruger National Park safari, hit me up sometime.

I would have to award this to the northern S3 route that runs from the S1 Phabeni road 29km to the H11 road right next to Paul Kruger Gate… I have traveled this road often and have had a few sightings, but nothing hectic. It baffles me, this road is quiet, runs along the Sabie River and traverses some great game viewing area… Maybe its the activity over the river, but at the same time the same could be said for the S25, yet that road yields many great sightings!

The 27km S21 that runs in a westerly direction from the H4-1 to the S114… I have had a few lion sightings as well as leopard sightings on this road, especially the first 6km from the S114 side which traverses some boulders.

Ah yes, that has to be the Nhlanguleni Picnic Spot on the S36 that runs between the H7 Satara road and the H1-2 Skukuza/Tshokwane road. Its quiet, has some great game viewing and is the perfect lazy stop over to enjoy a pre-packed brunch.

For us, Crocodile Bridge. As you enter you are thrust into the best big 5 country in Kruger! This is the perfect day visitor gate.

This has to be Lake Panic, located about 7kms west of Skukuza. Beautiful views, go early morning or late afternoon. 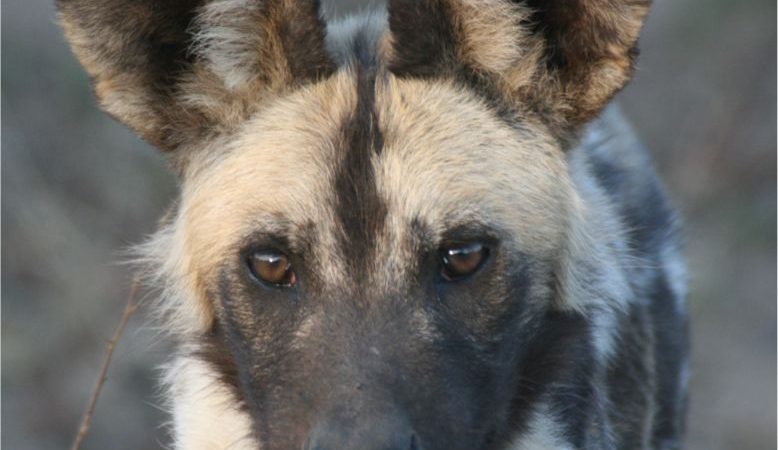 Wild Dog Sighting in the Klaserie

We have had such a great year that we are a few months behind our sightings! Just crazy and so blessed…

We were at one of our northern camps in March and I was guiding two awesome new Moriti family members, Keith and Kate. We had been in Cape Town for 3 nights and were ready for some African bush action!

Our first morning had yielded a sighting of the full lion pride we have on the property (about 13 strong now) and it was turning into another amazing private safari! No worries, I will post on this sometime soon. Anyhoe, we were sitting at camp in the pool chatting about a yoga safari that we would be putting together next year when Liana, one of the area managers told us she had just driven over the bridge leading to camp and there were a few wild dog sleeping close by… That was just too tempting to resist!

Now, to put this into context that bridge is about a 45 minute drive from camp and we were unsure whether our doggy friends would stick around. However, in true Kate and ‘Boston duck’ form my guests decided we should hit the trail and go and check it out! So, off we went with the setting African sun in our rear view mirror and the anticipation of something amazing firmly in all our minds… An hour later and some very ‘interesting’ discussions (mum is the word) we got to the bridge

I’m going to let nature take over here – look at what we did for nearly 1.5 hours, completely exclusive to just us as pretty much all our sightings are

This is a great, easy-going route that is, for the most part quiet, but can be extremely rewarding! Most of my African wild dog sightings have been on the S3 and S7 roads in Kruger as a large pack that frequents this area to breed hangs around there. Wild dog will stay in a food rich area while the pups are very young for around 2 months so the chances of seeing them on an early morning / late afternoon hunt is good when this happens

Make your way through Phabeni Gate and travel on the S1 until you hit the S3 split. Just a word of warning for you dudes – during peak seasons this game reserve carry outs a quota system and only a certain number of vehicles are let into the park… At these times getting to the gate at 05:30 (summer) will not work as many operators use Numbi, Phabeni and Kruger gates so I would suggest that you get to the gate at least 30 mins before it opens to avoid any surprises as people can become extremely nasty in a queue, sad but true! Take a flask of coffee with some muffins, it is well worth seeing the sun rise over the acacia trees anyway

Turn right onto the S3 and travel about 10km until the S7. This is normally a quiet road traffic wise, but is a great area for lion and rhino

The S7 normally is very quiet, but I have seen lion and African wild dog here on my safaris plus there is always fresh lion and leopard spoor so the big boys are in the area! Drive about 5 km until you reach the S10 loop road. This road loops around the Shabeni koppie. This road is amazing at times – kudu, rhino, wild dog, baboon, buffalo and lion seem to like the vantage this koppie gives so keep your eyes peeled, especially on the koppie itself

Rejoin the S7 and travel a short distance until you hit the main H1-1 tar road. Turn left here and drive towards Pretoriuskop where there are a series of ring roads that move around the camp, namely the S14 and S8. These roads have produced a few leopard sightings over the years as well as a chance of seeing a small tsessebe herd. It is a scenic route and is perfect for a lazy drive

Make your way back now to Phabeni… I normally retrace my steps on the S7 and S10 route, but you can head back towards Numbi gate and rejoin the S3 if you would like. I just find the latter to be more fruitful to be honest

Whichever you choose, make sure you stop over at the large Mestel waterhole. This waterhole is not the best point for photographers, but it attracts many species for their late afternoon phuza and holds good populations of hippo and crocs.

Turn around and head back to Phabeni on the S3. At the S1 / S3 junction be very aware, as mentioned in earlier posts this is a great area for leopard, especially later in the afternoon. Turn left and race off to the gate!

Let me know what you see!

Who Are Moriti Private Safaris?

We are a private tour company specialising in the Greater Kruger Park in sunny South Africa... We take pride in making your experience, our passion! We have been guiding in Kruger for over 12 years and know the reserve better than anyone else, besides the elephants