Over the past few years we have enjoyed many great sightings of lion in Greater Kruger. One thing I have noticed is that these lions are breeding at an alarming rate and the severe drought we experienced during 2015/2016 contributed to their numbers increasing as food was abundant as was water at the man-made watering holes… After some research I have found out some interesting info for you guys.

The conservation and success of the GKNP population is due largely to the transfrontier parks that have created strong and self-supporting lion populations. The population as of 2015 sat at 2311 individuals which represents 50% of the free-roaming lion population in South Africa and this remains stable, something we are very lucky to have. Studies show there has been a growth of about 119 individuals over the last 10 years which consisted mostly of females due to males being killed due to territorial disputes, which is very normal. One thing we have noticed is the amount of males that are prevalent, especially in the Klaserie where we spend most of our time with our guests. This will most certainly affect the growth rate in this reserve as GKNP will only have a certain carrying capacity for male lions… Territorial males will evict excess males who will have to leave and find alternative territories or will be killed trying. Sadly only 1 in 8 male lion cubs make it to adulthood and become successful so I do foresee some huge territorial disputes and changes coming over the next five years. I can already see territorial movements changing within the lion prides I know of in the Klaserie and have had the fortune of meeting up with a pride I saw once which I had never seen before nor have ever seen again since.

Managing the growing population will also become very important. An average adult lion will consume around 3 650kg of meat per year which puts huge pressure on our prey species like impala, wildebeest and zebra.

So if the GKP lions are doing so well, what is all the fuss about globally? Well, if you look at the lion population on a global scale things tend to look terrible! Officially 42% of the global lion population has decreased in the last 21 years with wild lions going extinct in 7 African countries. This has led them to be labeled as vulnerable by the International Union for Conservation of Nature. These stats alone tell you how fortunate Moriti is to be guiding and operating safaris in such an amazing wilderness area where conservation is a priority.

So what could upset the growth of our lion population here in GKP? Well, on the edges of the reserves there are communities that farm crops and cattle and this is a prime spot for lion to get into trouble. If younger males are getting pushed out and the reserves are ‘fully booked’ as we say with territorial lion prides, then these areas will become prime spots for safety and hunting as cattle are not used to being hunted and become easy prey. This will lead to human/animal conflict and we all know who will win that battle. Similarly, with the trade in large cat bones waning in Asia due to tigers and others like them becoming extinct we may well see poaching raise its filthy head. What I foresee becoming the most immediate problem is the weakening of the gene pool… With such a relatively small population, in-breeding may start happening. We have seen this with the wild dogs in GKP, there are so few of them that genes are weakening which is leading to diseases and weaknesses which Mother Nature will not tolerate. A way to protect this from happening would be to move female lions from other reserves and do a ‘house swap’ to strengthen the gene pool. I don’t see this working with males as they are savagely territorial so you would lose a lot of them due to fighting.

Many will say, what about hunting as this brings in even more money then tourism… Interesting stats for you: South Africa’s international trade in lion products is sizeable. Besides trophies and live lions, South Africa has issued CITES permits to export 19 categories of lion products. Since 1992, South Africa has issued CITES permits to export at least 7 474 trophies. However, from 2002 that average has increased. The trophies are primarily derived from legally hunted captive-bred lions and a few places that allow wild lions to be hunted. Even though this may sicken many people, this will protect our wild lions because the demand is being met elsewhere and there is no pressure to hunt our lions.

One thing I know is that the conservation efforts in our region are world-class and the fact that GKP is a huge tourism hub will guarantee that these lions will be protected for a very long time.

Many guests ask me this question: how do see conservation and game reserves changing in my lifetime… Well, I believe we as conservationists and animal lovers need to start being realistic and to stop being emotional when it comes to conservation on a whole. The fact is that our animal populations globally are decreasing at an alarming rate with poaching and human greed being the major causes. With humans, appealing to our emotional side will not win the battle as we live in a world where money has become survival and instinctively humans will do what ever they need to do to survive, as would any other species. So how do we fix this? We can’t unfortunately…

What we as conservationists need to do is to understand this fact, accept it and then sit together as a group of passionate people and decide how best to deal with something as predictable as a windy day in Cape Town. We need to monetise our environment and animals… A sickening thought yes, but necessary. We need to make our natural world worth more alive than dead. That is the only way we are going to win this. We need to find creative ways to protect the rain forests and make them worth more alive than as paper and industrial products. We need to make living and eating ‘green’ affordable so it becomes available to the masses. We basically need to make our world so valuable that we kill the black market and force greedy industries to start using alternative products due to the cost of using a tree or animal. We will also have to find ways to devalue certain products like rhino horn to make it too risky and expensive to carry the costs of poaching and find ways to farm certain fauna and flora to legalise certain battles we just cannot win. If we can do this, we will then get what we have always wanted, a place in the sun with our environment and our animals that mean the world to us. Conservation needs to become a collective concern and not an individual mission…

JOIN US ON ONE OF OUR SAFARIS TODAY 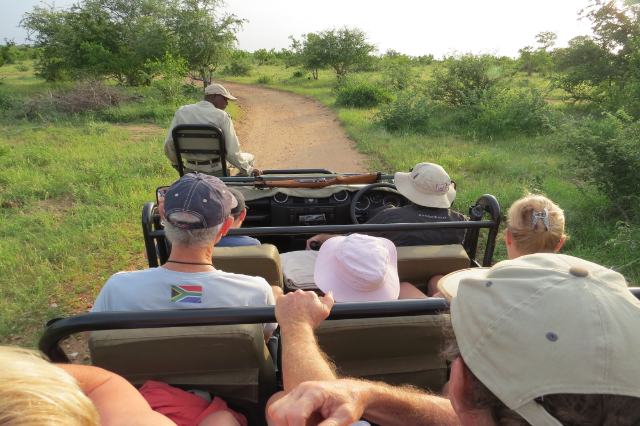 Game drives, meals, drinks and transfers are all included at an intimate game lodge teeming with animals. Rates start from ZAR 18,500 per person.
read more 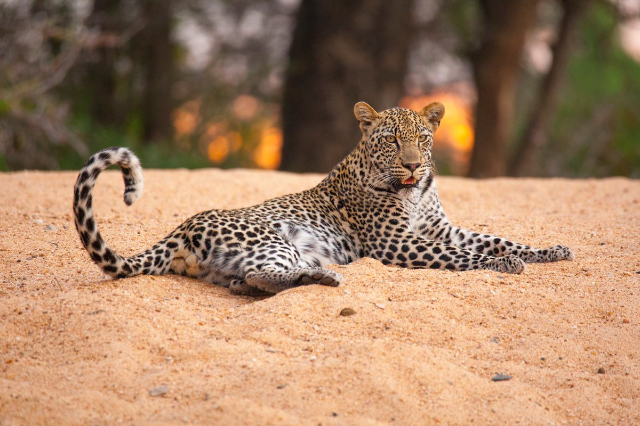 The perfect option for a 'quickie' safari in Kruger National Park. Private transfers and local drinks are included. Rates start from ZAR 7,950 per person.
read more 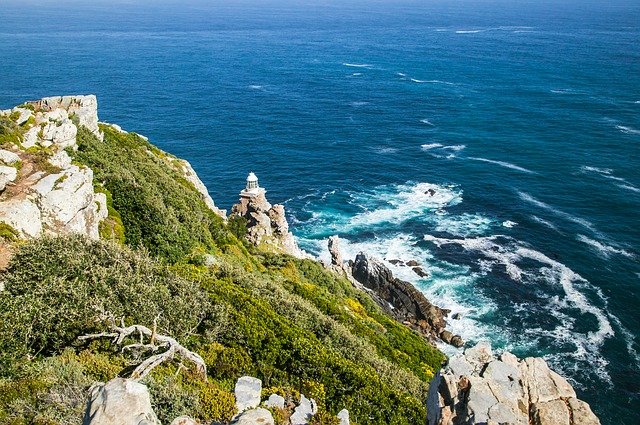 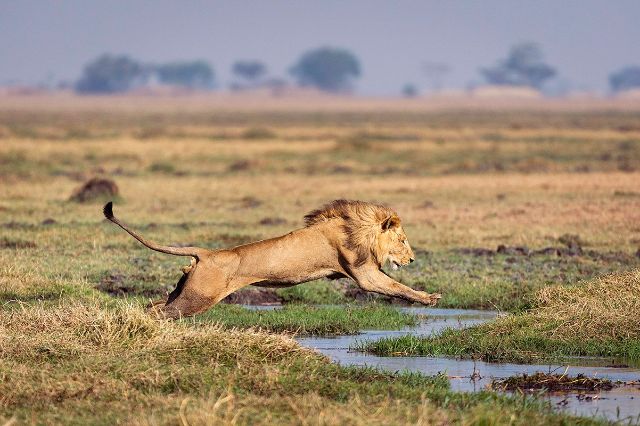 A Luxury African Safari in Zambia 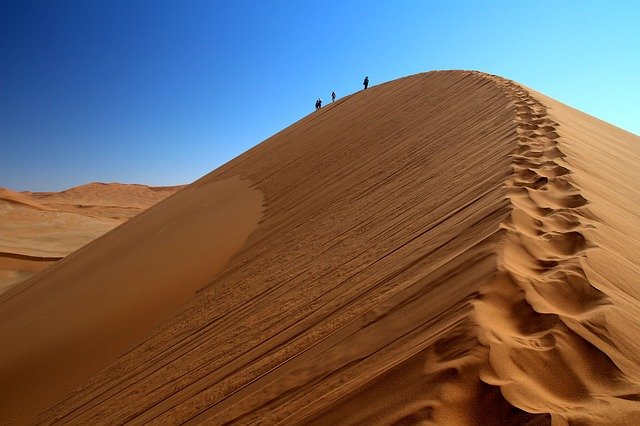 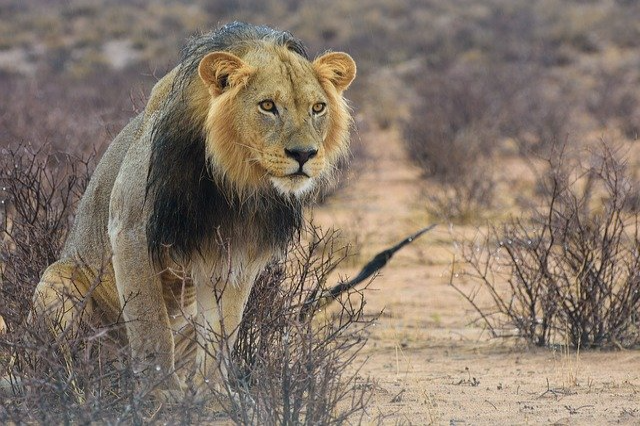 A 7-day lifetime voyage to The Okavango Delta and The Central Kalahari Game Reserve. Walk with the Bushman! Rates start from USD 6,820 per person. Options include fully inclusive and private safaris.
read more 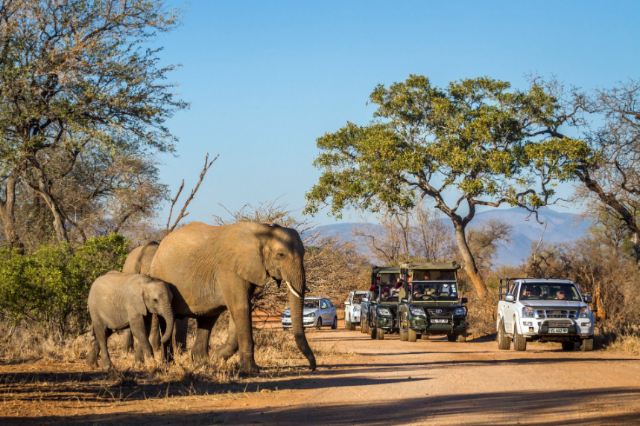 Relax under the stars at a lodge overlooking the Kruger National Park. This is an awesome package that includes local private transfers. Rates start from ZAR 12,050 per person. Perfect for singles.
read more 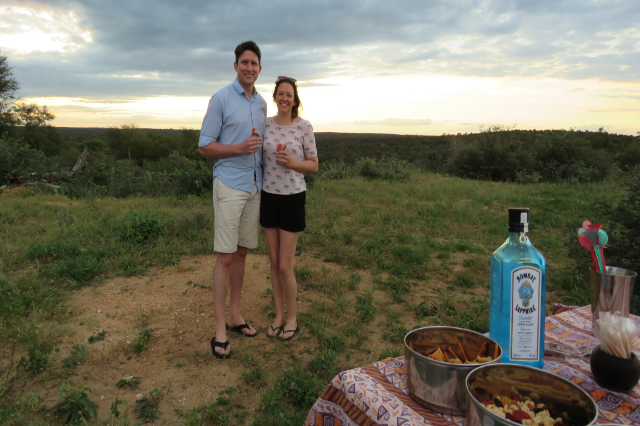 All game activities are privately guided. Perfect for yoga and photo retreats as well as family and honeymoon celebrations. Rates start from ZAR 37,100 per person. Options include fully inclusive.
read more 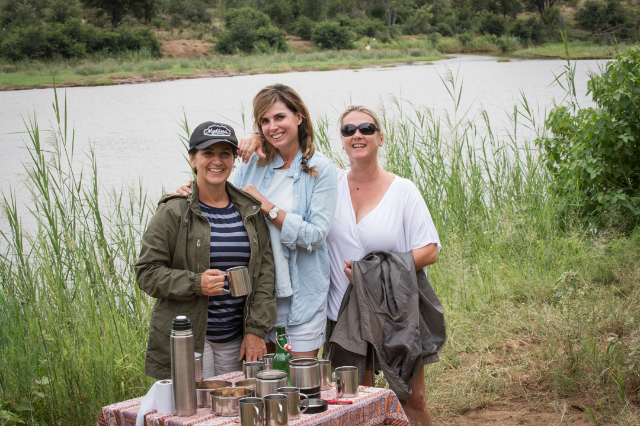 There is something to be said about being out in the African bush with the Big 5 around you for 7-days. Rates start from ZAR 29,900 per person. Fully inclusive option available.
read more
Big 5ConservationHuntingInteresting InfoKlaserie Private Nature ReserveLion SightingPoaching
SHARE WITH FRIENDS
This Post Has 2 Comments