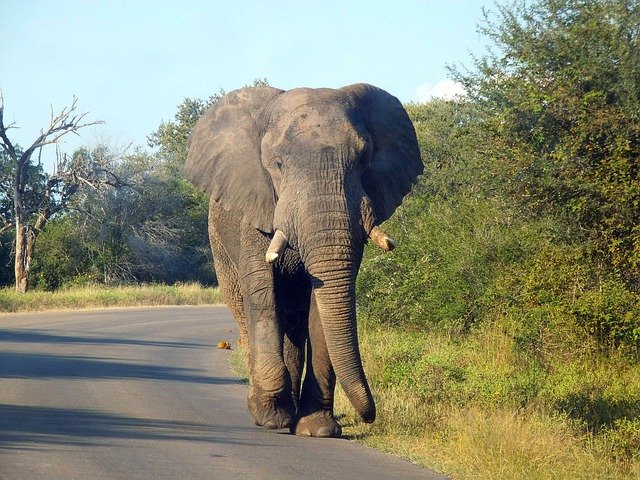 The largest game reserve in South Africa, the Kruger National Park is larger than Israel. Over 4 million acres of land that stretch from north to south along the Mozambique border. Many who visit describe it as a “sublime wildlife experience”. The seventh biggest game reserve in Africa, it ranks with the best in Africa and is the flagship of South Africa’s national parks.

Its atmosphere is so unique that it allows those who enter its vastness to immerse themselves in the unpredictability and endless wilderness that is the true quality of Africa. The park has more species of large mammals than any other African game reserve (147 species).

For over 100 years, this giant of the safari world has been enthralling people young and old. I only wish I was around in 1923 when the first tourists were allowed into Kruger… Imagine seeing that wilderness for the first time?! Pity there were no selfies back then.

Where is Kruger National Park

Kruger National Park is on the north-eastern boundary of South Africa. It shares a border with Mozambique and Zimbabwe. An easy five-hour drive from Johannesburg takes you to the southern part of Kruger, the best and most famous game-viewing area. Flying to the various airports surrounding the park is your best bet to get into the action immediately. Daily flights between Johannesburg and Cape Town travel between:

Best Time of Year to Visit

*All temperatures are monthly averages shown in °C.

It is a wise decision to spend more time in Greater Kruger Park during this season. The lodges have set early morning and late afternoon game activities that revolve around the animals and the heat. The guides know their traversing area well thus affording you a better opportunity of finding the animals.

This is a great time of year to explore Kruger National Park for a few days. The national park is all about long, full day game drives and the weather is perfect for this.

Kruger National Park is a government or state-run and funded reserve. It is over 4 million acres in size. Like any government or state-run park, it is open to members of the public and registered operators for various activities. This means that there will be self-drive, open safari vehicle and bus safari-goers in the park on any given day. It is very popular and busy and for very good reason. Some pros and cons for you:

I love the national park. It has a very special place in my heart and my guests and I have experienced some pretty awesome sightings there. The game viewing is fantastic and is well worth the time and effort to experience. Generally, the safari-goers are friendly and the chats around the rest camps at night can yield some pretty good sightings the next day.
Is it a private bush experience, no it is not. It is very popular and very busy and that alone can be very offputting to people wanting to experience an authentic African safari. Accommodation wise, don’t expect The Ritz, it is an adventure after all. If the hustle and bustle is too much, then I suggest Greater Kruger…

Greater Kruger Park is a large wilderness area on the national parks western boundary. The area was once used for farming but became more valuable as a wildlife haven. The fences to the national park have been dropped opening up over 1 million acres of extra bushveld. There are various reserves within this wilderness anthology, all being private and not open to the public. Some pros and cons for you:

Greater Kruger offers a lot more of an authentic safari option due to the privacy it provides. I guide in two of the private reserves and must say, my guests love the wide-open spaces and the lack of human interaction. For those of you looking for a more adventurous and authentic option, I would suggest Greater Kruger, it will not let you down.
If you plan on visiting Africa once, I would recommend going on a safari combining both the national and private part of Kruger. That way, you can weigh it up for yourself and we have some pretty awesome options below that do just that.

It is in Kruger National Park, where Moriti Safaris started on new years eve, 2010. Kruger is in my blood and as fortunate as I am to guide all over Africa, my heart will always have kudu horns.
I have put together a few safaris that are perfect for families, groups of friends or honeymoon couples. These are specialty safaris as I have tried to set them up as authentic as possible to give you a chance to see the real Kruger. These can all be customised, so chat to me if you want to change anything and, maybe, I’ll see you out there myself:
African SafarisBig 5Interesting InfoKruger National ParkKruger National Park SafariMapsSelf Drive SafariTravel GuidesWildlife Photography
SHARE WITH FRIENDS
This Post Has 0 Comments