Why Are Animals Scared of Humans 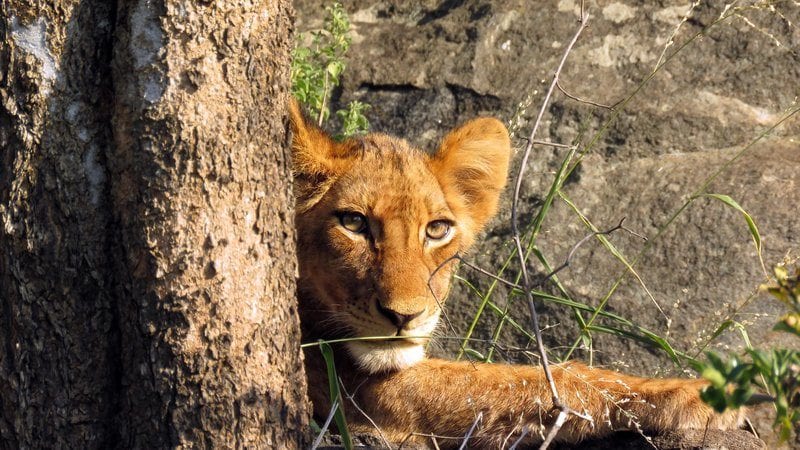 Quite often we start our private Kruger safaris off in the national park itself and then move to the privacy inside Klaserie Game Reserve. What is very noticeable between the two reserves is how the animals react to the vehicle and us. Kruger National Park, the animals are very relaxed and will walk up to the vehicle, sometimes even lying next to it and falling asleep. Greater Kruger National Park, the animals are not as relaxed and you tend to have to work towards a good sighting and gain their trust. This is purely because in Kruger National Park, just under 1 million people a year visit and the animals have become used to seeing vehicles and people around and we have essentially become part of their environment. Adversely, in the Klaserie Game Reserve we get under half of that and in some areas the animals do not see people or vehicles for days on end. However, one thing that remains in both reserves is how the animals react when they see humans on foot…

I have researched this and found some interesting arguments around this topic, so lets look at a few reasons why this may occur and then I will comment from the experience I have had in the bush

Shy Duiker coming out for a rare glimpse

Most people believe that we are seen as predators due to our upright stance and eye position. Years of persecution may have installed an innate sense of fear in animals and this has some merit. A baby impala sees a lion walking across the bush, it lies down flat and doesn’t move a muscle to prevent being seen… This impala has never seen a lion before, but instinct tells it that this lion poses a serious threat to it. Maybe it is the alarm calls from its mother and other impala? I guess we will never know, but I believe that to live out in the wild like the animals do, their instincts are the main reason they survive

Some people will say it is because we are foreign and that the animals are not used to seeing us around in their environment. In both reserves, the animals are in contact with humans regularly so that argument is flawed as far as I can see. In areas where there are no predators the animals tend to be a lot more open to being approached on foot, even sometimes being curious themselves… Does this disprove that we are seen as predators? Darwin documented that in areas where animals had never seen humans before these animals were not afraid and very curious. Maybe our predator label has evolved over many years of hunting in Africa, that is certainly believable and something I would actually go with

Both of these arguments may become redundant when you visit Mana Pools in Zimbabwe… The animals have become used to people on foot and even though their danger bubble is bigger than what it would be in a vehicle, you can get very close to Africa’s Big 5 without disturbing them too much. So, is it logical to say then that after some time the animals get used to seeing us in either a car or on foot and they allow us into their world for a glimpse? This is most certainly the case, build trust and anything is possible up to a point

I have done a lot of thinking and watching over the last six months and judging by what the animals are doing I think the following may be true… I reckon our disrespect of the environment and hunting animals to the brink of extinction have installed a fear towards humans that has become an instinct to many animals. I think right off the bat we have to earn an animals respect and trust. I think it would be very arrogant of us to believe that these animals should adapt to us. Game reserves like Sabi Sands have it right, they get the babies of each species to trust them by introducing vehicles and people on foot to them at an early age. Some may say that this is purely for the tourists and money, but there is a bigger picture here. These game reserves that we enjoy so much will become the animals last areas of freedom. We need to live in harmony with them and over time evolve with them to be able to have a mutual respect for one another like the Bushman and American Indians had with their environment. That will take time, so how do we adapt to their instincts for the time being?

Watch them carefully… We are still seen as a predator or ‘boogie man’ to many animals so we need to adapt to how the predators in the bush behave and find out what is acceptable behaviour for the majority. Spend time out there, watch how the animals react to bigger animals and predators, what do they do that spark alarm or fear and when are they seen as ‘just passing through’. This is key as not only will we enjoy a better sighting, but we will start building a better relationship and maybe even start eroding that fear slowly… In my next post I will give you guys some tips on walking and how to approach animals in this way